SIRGAS is a non-profit organization based on the voluntary contribution of scientific organizations and national geodetic, cartographic or geographic agencies of the member countries. It was established in 1993 with the purpose of replacing (or modernizing) the legacy national geodetic datums with a unified geocentric reference frame called SIRGAS: Sistema de Referencia Geocéntrico para las Américas. In 1998, this purpose was extended to include a unified gravity field-based vertical reference system. At present, the main objective of the organization SIRGAS is to promote the growth, development, long-term sustainability, and appropriate use of the reference frame SIRGAS.

SIRGAS forms part of the IAG Commission 1 (Reference Frames), through the Sub-commission 1.3 (Regional Reference Frames), and it is responsible for the Regional Reference Frame for South and Central America (1.3b). SIRGAS is also a Working Group of the Cartographic Commission of the PAIGH. The administrative issues are managed by an Executive Committee, which depends on the Directing Council, main body of the organization. The official policies and recommendations of SIRGAS are approved and given by the Directing Council. Since this Council is composed by one representative of each member country, one of IAG and one of PAIGH, it is also in charge of communicating the SIRGAS recommendations to the national bodies responsible for the local geodetic reference systems. The scientific and technical activities are coordinated by the Working Groups in close cooperation with the Scientific Council and the representatives of IAG and PAIGH. 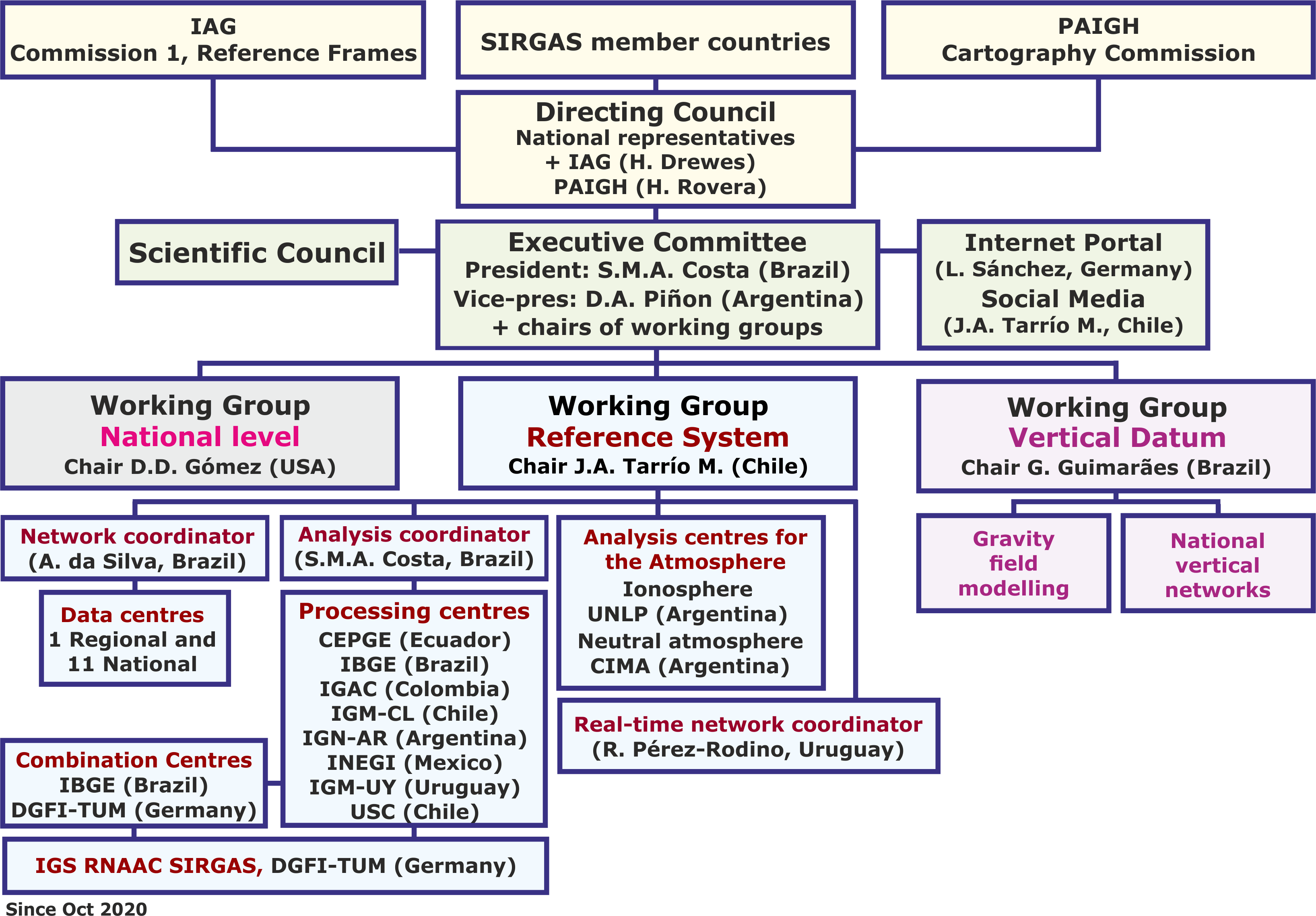