SIRGAS was initially realized by two GPS campaigns, one in 1995 (SIRGAS95) with 58 stations, and one in 2000 (SIRGAS2000) with 184 stations. Today, SIRGAS is realized by a network of continuously operating GNSS stations with precisely known positions (referred to an specific reference epoch) and their changes with time (station velocities). This SIRGAS Continuously Operating Network (SIRGAS-CON) is currently composed by about 400 permanently operating GNSS sites distributed over Latin America. The operational performance of SIRGAS-CON is based on the contribution of more than 50 organizations, which install and operate the permanent stations and voluntarily provide the tracking data for the weekly processing of the network. Since more and more Latin American countries are qualifying their national reference frames by installing GNSS continuously operating stations and these stations shall be consistently integrated into the continental reference frame, the SIRGAS-CON network comprises:

The main SIRGAS-CON products are: loosely constrained weekly station positions in SINEX format to be included in the IGS polyhedron solutions and for the computation of mult-year solutions; weekly positions aligned to the ITRF for applications in Latin America; and multi-year (cumulative) solutions (positions + velocities) for practical and scientific applications requiring time depending positioning. The weekly positions are especially useful when strong earthquakes cause co-seismic displacements or strong relaxation motions at the SIRGAS stations disabling the use of previous coordinates. The multi-year solutions provide the most accurate and up-to-date SIRGAS station positions and velocities. They are used for the realization and maintenance of the SIRGAS reference frame between two releases of the ITRF. While a new ITRF release is published more or less every five years, the SIRGAS reference frame multi-year solutions are updated every one or two years. 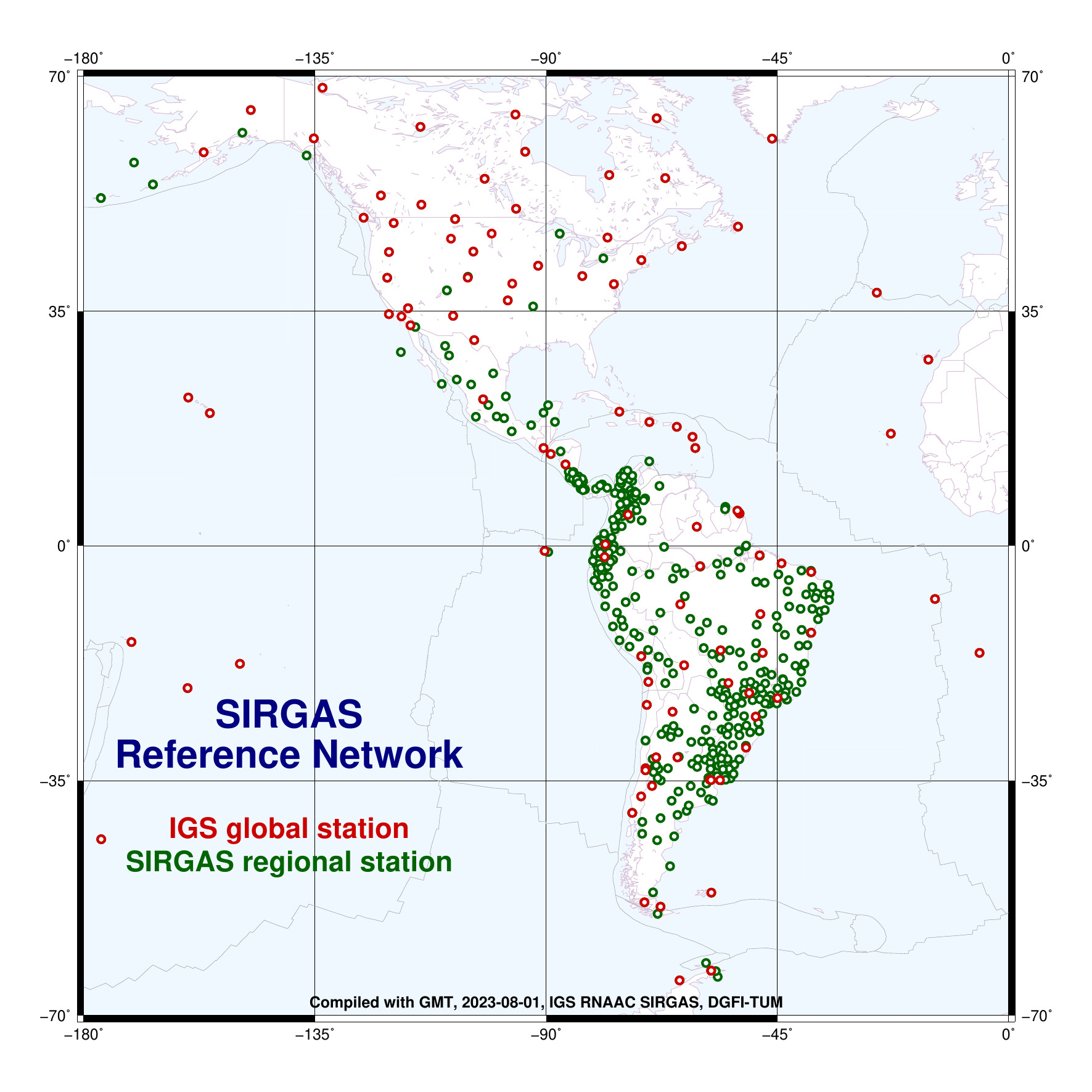