The first repetition campaign of SIRGAS was performed from May 10 to 19, 2000. Its main objective was the connection of the South American classical height systems to the ITRF. Therefore, it includes not only the SIRGAS95 stations, but also the national reference tide gauges and some border points that permit the direct connection between neighbouring levelling networks. A total of 184 stations distributed over North-, Central-, and South America were observed. The data processing of the entire SIRGAS2000 network was done by three analysis centres: DGFI (Deutsches Geodätisches Froschungsinstitut), IBGE (Instituto Brasileiro de Geografia e Estatística), and BEK (Bayerische Kommission für die Internationale Erdmessung), at present Kommission für Erdmessung und Glaziologie (KEG). DGFI and IBGE used the Bernese software 4.0, while BEK used the GIPSY/OASIS II software. The final solution was computed through the combination of the individual coordinates and their covariance matrices (SINEX files). It refers to ITRF2000, epoch 2000.4. This solution was transformed to ITRF94 in order to be compared with the SIRGAS95 coordinates and to estimate linear station velocities. 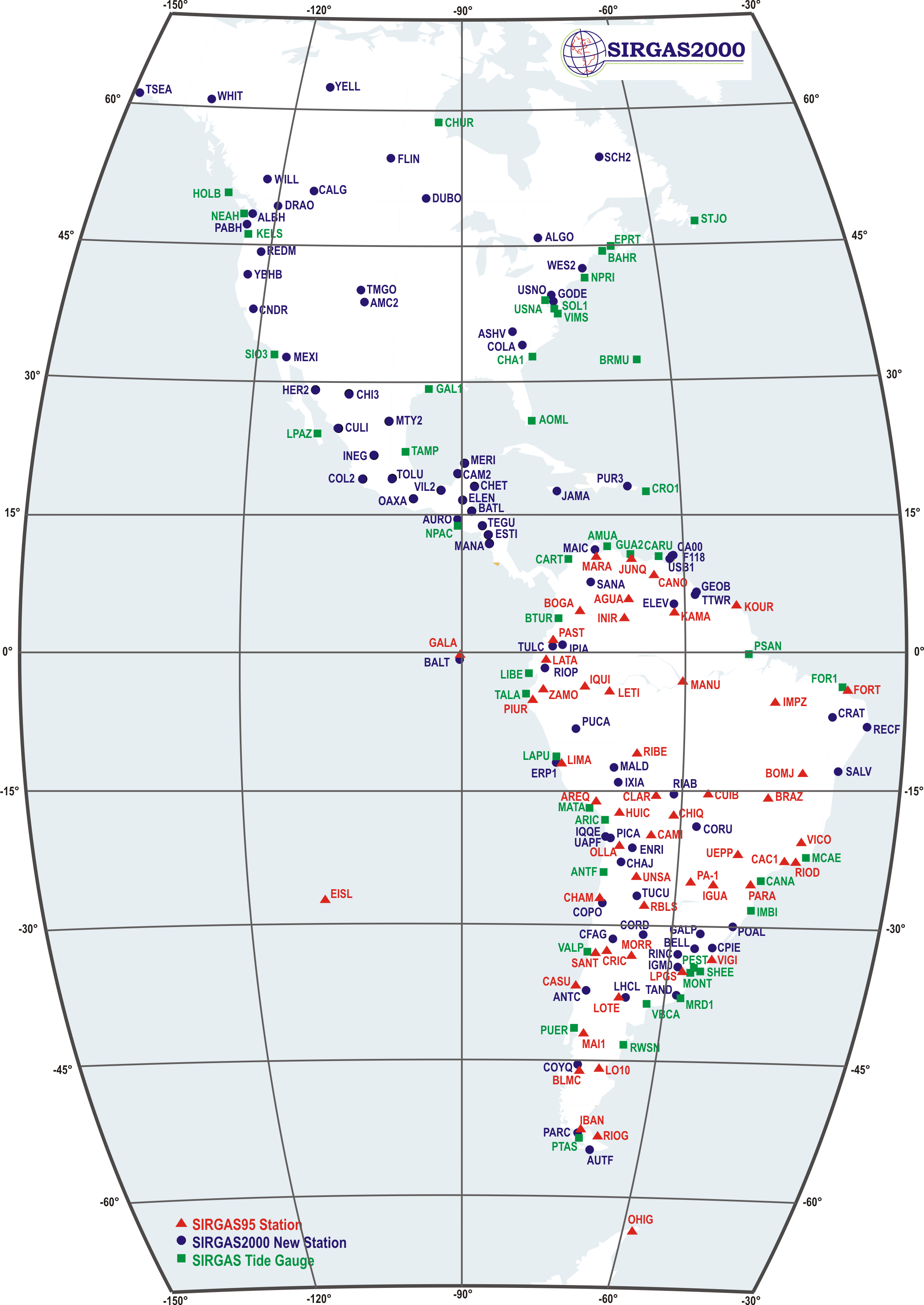